I have grown up surrounded by Tupperware my entire life.  My mom has it, my grandma has it, everyone I know has it.  It was pretty much a given that if I walked into a house as a child, the living room had a television set, the bathroom had those fancy soaps and towels that we wasn’t supposed to touch, and the kitchen cabinets held Tupperware.  The thing is…it was always just there.  I don’t recall ever really hearing about Tupperware parties, or about anyone I knew attending one.  At some point (around ’05 I think) I actually attended my first Tupperware party, thrown by a friend of my sister, and I remember thinking “Oh wow, I had no idea they were still around” and then that was it.  I never heard of or saw Tupperware again.

UNTIL! I went with my husband and 10-month-old daughter to one of those weekend festivals, the kind that larger towns put on filled with live events and vendors and SO. MUCH. FOOD.   So as we’re rolling down the main path of this event, somewhat wondering if were’re going to get rained out, I saw something.  I saw a toy.  Not just any toy, but a toy from my childhood. I saw the Shape-O Toy.  That oddly shaped red and blue ball with the bright yellow shapes that I had played with as a kid was sitting on a table maybe 50 yards ahead.  Only it wasn’t blue and red and yellow…it was pink and purple and white…and I had a baby girl…and I NEEDED this.

The toy from my childhood: Tupperware Shape-O Toy

I remember telling my husband, who was pushing the stroller, “Oh my god, I have to see how much they want for that toy” and calmly walking over to the table to look for a price.  But if you were to ask my husband, apparently I said “Oh my god, Tupperware!” and then I disappeared.  Yeah…I think we all know who remembers this moment correctly.

So as I’m checking out this toy, only half-aware that my husband seemed to have disappeared, I was greeted by a very energetic lady who gave me an information slip to fill out, began talking about various items, and asking me about my Tupperware history.  She then asked if I would like to host a party. I laughed, probably out loud, and told her that no, I had no interest in hosting a party.  I had a 10-month-old.  My days consisted of taking care of her, eating, and sleeping; there was very little room for anything else.  She then asked if I would be interested in joining and launched into a spiel about the company, the benefits, and what a great team I would be joining.

And honestly?  I didn’t care.  I was only interested in this toy. But I’m an introvert by nature, and a socially awkward one at that, so I stood and listened to her talk, wondering when I would be able to politely walk away. She gave me a catalog, and thanked me for my time and then she looked me straight in the eye and said “I think you’d be great at this.”

I walked around the rest of the festival with my husband and baby girl, and almost the entire time her words were on repeat in my head.

Weighing the Pros and Cons

When we got home I asked my husband about it. He told me if I really wanted to do it, to give it a shot. I thought about it some more.  The sign up cost was $99 and there was an option to split the payment, which I liked.  I would be getting around $250 in Tupperware for that $99, and they were all items that I didn’t have but was interested in purchasing; there was no commitment, no strings attached.  If I wanted to sell I could, if I wanted to just take my kit and do nothing, I could do that too.  If I decided to sell, there were no minimums.  I could literally do as much or as little as I wanted.

That, I really liked. Because I had a baby. And maybe, just maybe, it was the sleep deprivation that was making this sound like such a great idea.  Knowing I could walk away at any time with no repercussions? Yeah, that pretty much sealed the deal. I attended a Tupperware event they were holding two days later and signed up.

So why did I say Yes to Tupperware? For all the reasons above. And did I mention the 25% discount? Yeah, I get to weed out all my broken, flimsy, weak kitchen items and replace them with quality Tupperware. What’s not to like about that? Just one more perk that makes me want to never leave this company.  I’d had offers prior to this from friends in other companies wanting me to join them…but Tupperware just felt right.  Tupperware, for me, was kinda like that one friend or relative you always looked forward to seeing during the holidays and then you find out they accepted a job in your town and now you can see them whenever you want. Yeah, that happy feeling is what I’ve had ever since I decided to join.

I have now been with Tupperware a little over a year, and can honestly say it’s one of the best things I’ve ever done. My team has become like a second family. I look forward to our team meetings and working different events with them.  They are a wonderful group of diverse ladies that I would have never met, or gotten to known, had it not been for deciding last minute to attend a festival.

If you’re interested in learning a bit more about joining, hop over to this page. 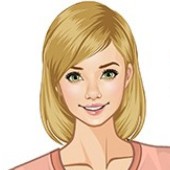 Mom to a wonderfully high-spirited toddler, Amanda spends her days blogging, selling Tupperware, and crafting. Currently residing on Florida's Space Coast with her amazing husband and daughter, awaiting the glorious day when she'll win the lottery and can afford to RV her way around America's quirky roadside attractions.

Quick Clean Your Kitchen To Ring In The New Year